What is X509 Certificate? A BRIEF ABOUT X509 CERTIFICATE 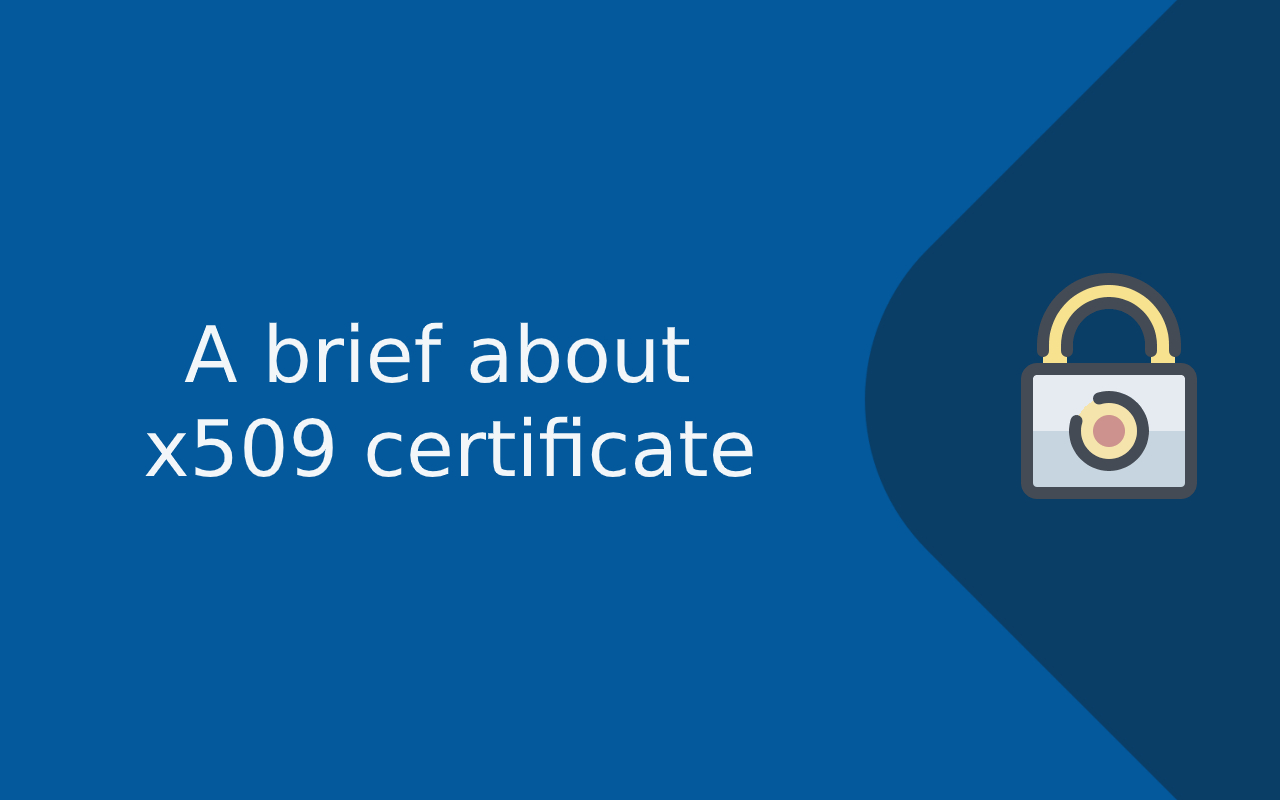 What is X509 Certificate? A BRIEF ABOUT X509 CERTIFICATE

The X509 certificate includes a public key, identity proof, and either self-signed or certificate authority signature. There are a variety of certificates included in X509 named SSL/TLS certificate, code signing, document signing, and email signing certificates, etc. it helps to know the identity of the person that they are trustworthy or not. By seeing this feature we can say that the X509 certificate is similar to the national passport.

The CA can be any party that is trusted by you and the person verifying the certificate. There are different companies which have their own certificate authority (CA) so that they can verify their company employees’ identity.

The X509 certificate was created in 1988. It is a part of the series X500 directory. In today’s time, this certificate helps in identifying the personal identity with a secure connection. A particular pair of the key is created by an X509 certificate that binds the user with the server under private and encrypted connection.

The user should also know all the information about the certificate pairing. This will make private and secure connection string and the websites will be less prone to the phishing attacks. In 2011, there were rumors about the third party attacks on the websites consists of an X509 certificate. This is the reason the X509 certificate now becomes more secure and encrypted.

There are only two types of encryption methods named as symmetric and asymmetric. One of the biggest differences between these methods is the number of cryptographic keys used.

In asymmetric encryption, one key is for encryption that is known as the public key and the other one is for decryption that is known as a private key. As the name suggests the public key will not be secure and available publicly. The only person who is having a private key can decrypt the data so if you encrypt any data then not even you can decrypt it.

There are 3 components in the X509 certificate:

There are 2 keys in the X509 certificate. The one key is a public key and another one is the private key. The key pair will be assigned to those who will depend on the application. The one needs to sign some documents for the private keys so that the person who is having a public key can verify the signature. In SSL/TLS certificates, the key pairs help the sender for encrypting a message with the public key and private key holders decrypt the message by the cipher text.

– The information on the version of the X509 certificate is applied for security.

– The certificate authority assigns the serial number so that no two certificates will show similarity with each other.

– The CA uses the hashing algorithm for signing the certificate.

– The period of validity of the certificate from when it is issued.

– It is the multi-level platform which provides security, check the additional visits on the website, and update the personal information of the owner.

– The add on and best advantage is a digital signature that provides enhanced privacy and security.

– In an organization there is the creation of digital certificates for various users from different units.

– The generation of public and private keys maintain proper encryption.

– The main architectural weakness is the use of invalid certificates that are blacklisted.

– The large size and convoluted distribution pattern is a poor choice by CRLs.

– The root certificate revocation is not at all addressed.

– The authentication of client certificate also comes under X509 certificate