What is Server Name Indication (SNI) & How it Works? 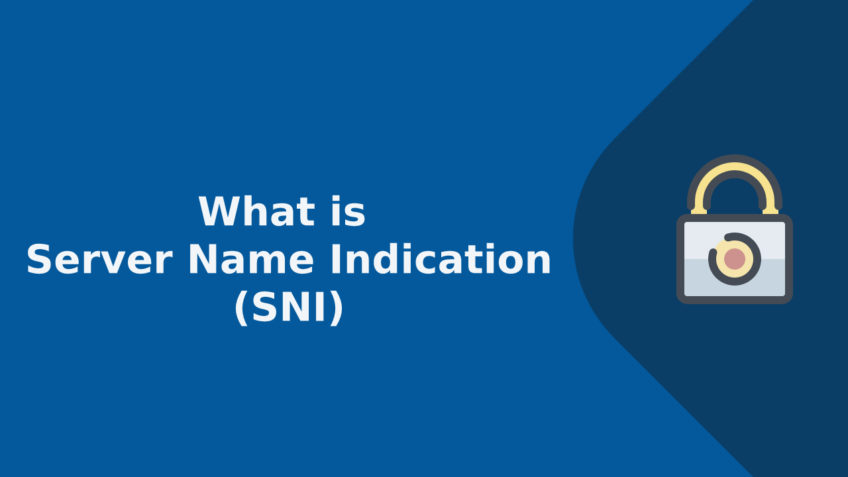 What is Server Name Indication (SNI) & How it Works?

While working with TLS, let’s suppose you have an IP address which has a virtual server on which you want to host multiple secure sites. Now,  you want to direct a client to one of those secure websites with only a single virtual server in act.

Now,  you can consider SNI as a blessing in disguise because before SNI was introduced every secure website requires a unique IP address which was highly costly and made the encryption process a tad bit tedious.

But,  there is a disadvantage too. As every good thing comes with a side effect too.  It consumes a lot more of IPv4 address which is 32 bit numeric internet protocol address. So, mathematically 32 bit means that it can comment to 2n number of devices.

Which is not sufficient considering the fact that there are trillions and zillions of connected devices used globally by the people.

So,  we are trying to overcome that issue by shifting toward newer version of IP address that is IPv6 which is 128 bits of protocol which means that it can get connected to approximately trillions of devices.

Just so to be clear SSL is a predecessor of TLS system.

So,  here I will be going through its working so to better understand how SNI has shorten this whole lot tedious process for us and made web browsing a better place for the user.

It is used for secure communication over devices. Basically,  when an encrypted message is sent over from client to host, then this protocol ensures it’s safe transfer.It prevent any leakage of personal or sensitive data.

So, it has a number of applications is data transfer,  web browsing, emails etc.

It works on three principles which are:

It means that data should be sent over to the server in its original form.

The two entities having the communication for eg., server and client or server and server should be authenticated.

So, it normally prevents the transfer of data between authenticated sites.

This parameters covers the part where an intruder or third party is denied access to the data. Which means that only authorized person can access the data which is being shared.

So,  for that to happen the SSL header is first removed from the data.  Now the decryption of the data takes place.

After the data/ message is fully decrypted it is sent over to the application layer of the receiver from where the host gets integrated confidential message.

SSL uses four different protocols for the safe transfer of data which are:

This protocol handles the establishment of connection to be set up between host and client. It authenticates the entities for the secure transfer of the data.

It handles the encryption process of the data

It handles the Alert message sent during the transfer of data when any error occurs which indicates any chances of insecure connections.

It stands for hypertext transfer protocol secure which is nothing but an extension of HTTP but with an issued SSL certificate which ensures secure transfer of data over devices by encryption the data.

Importance of SNI in SSL technology

SNI has nothing but proved itself beneficial in the long run.

So, this article concludes that SNI has provided a user friendly options which do not require unique IP address each time you need to transfer data to a different site. It has proven itself to be cost effective as well as time saving.