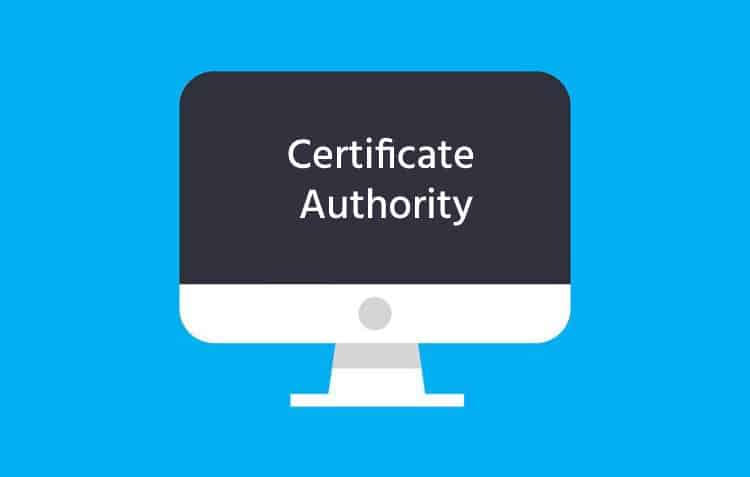 Certificate Authority: Its Hierarchy and Usage

On the internet, security and safety are crucial, and people and organizations frequently have a valid need to encrypt and confirm the identity of the people they are talking with.

A collection of data is used to validate an entity’s identification and is known as a certificate or digital certificate. The format of certificates that are issued by CAs is particular (X.509 certificate standard).

The information contained in a certificate are:

Serial Number: gives each certificate that a CA issues a special identification.

Issuer: gives the CA that issued the certificate a distinguished name.

Valid From: the time and date when the certificate becomes valid is given.

Valid To: gives the day and hour when the certificate is thought to have expired.

What is a Public Certificate Authority?

After doing the requisite checks on the company requesting a certificate, a public CA is an independent body that charges a fee to issue certificates.

Third-party CAs have their own public-private key pairs with which they sign the certificates, and domain validation is a standard element of the checks. Since servers and clients are familiar with the majority of well-known CAs, the party establishing a secure connection may quickly authenticate certificates signed by them. Publicly-signed certificates are typically used to secure websites and other endpoints involving direct user contact since they are issued by a known CA and provide a higher level of trust.

WHAT IS PKI: PKI Certificate Authority

Data encryption and data signing are both possible with the help of public key infrastructure (PKI), a set of procedures, tools, and regulations. Digital certificates can be issued to verify the identification of individuals, devices, or services. Both public web sites and private systems, such as your virtual private network (VPN), internal Wi-Fi, wiki pages, and other services that enable MFA, can establish a secure connection using these certificates.

Extended Validation (EV): These Certificates offer the certificate authority’s greatest level of assurance that it has verified the entity requesting the certificate.

Other kinds of digital certificates are also issued by certificate authorities:

Certificates for Code Signing: Software publishers and developers sign their software releases using code signing certificates. These are employed by end users to confirm the legitimacy of and verify software downloads from the vendor or developer.

issued to internet of things (IOT) devices to allow for the safe management and authentication of firmware upgrades.

Object certificates: used to authenticate and sign any kind of software object.

Client or user certificates: used by people for a variety of authenticating needs.

How does Certificate Authority work? Hierarchy of Authority

For the proper security protocol, the requester may utilize the signed certificate. CA Hierarchy options are:

One CA serves as the Root CA and the Issuing CA in this kind of structure. The Root CA remains in the network as a member of a particular domain since it is deployed as an Enterprise CA. In other words, the Root CA is always ready to give certificates to people, computers, network devices, etc. who request them. Because of the risk that a single CA’s security breach poses to the whole PKI, this single-tier hierarchy is not advised for usage in any production environment.

The demands of the majority of businesses are satisfied by a two-tier hierarchy. An online Subordinate issuing CA and an offline Root CA are included in this configuration. Because the Root CA is isolated from the network in this paradigm, there is a higher level of security, which makes it more difficult to compromise the Root CA’s private key. Due to the fact that different Issuing CAs may be subordinate to the Root CA, the two-tier structure also promotes scalability and flexibility. This makes it possible for CAs to exist at various security levels and in different parts of the world.

In a three-tier CA hierarchy, one or more offline Intermediate/Policy CAs, one or more issuing CAs, and an offline Root CA are deployed as standalone Root CAs, Enterprise Subordinate CAs, respectively. The Issuing CA, which is limited in the types of certificates it may issue, is set to receive certificates from the Policy CA. One of the reasons the second tier was introduced to this structure is so that, in the event that a key compromise requires the revocation of several CAs, you may do it at the second level while still having access to other “branches from the root.” It should be mentioned that the Second Tier CAs in this hierarchy can be kept offline just like the Root.

A certificate authority plays a crucial role in enabling safe communication and fostering confidence between a user and a resource by confirming the legitimacy of the client and the company in question.