A Complete Guide on SSL Certificate - Beginner's Guide to SSL 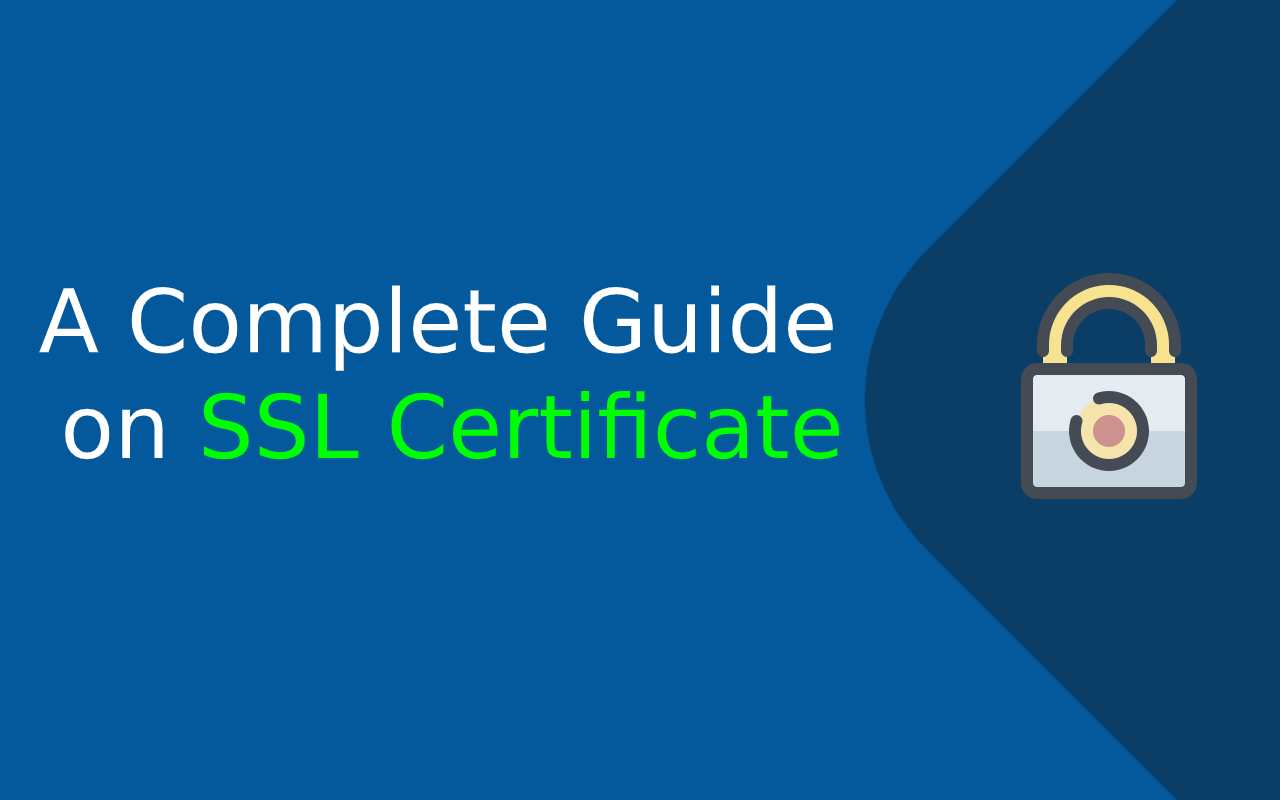 A Complete Guide on SSL Certificate

What is SSL – SSL stands for Secure Socket layer. It is basically associated with secure transfer of data over computer systems.

SSL is a predecessor of TLS security system. So, let’s talk about TLS here.

Now, TLS is in many ways similar and dissimilar to SSL system.

So, let’s try to understand both of them by first going through their similarities.

We compare both then we would realize that both of them work on the same three principles of security.

These principles are integrity, authentication and data privacy or confidentiality.

Integrity ensures that data transmitted from the user reaches its client in the original intact form.

Authentication ensures that data is reached only to the authenticated recipient without any hindrance by a third party or fraudulent user.

Confidentiality ensures that data is fully secured and cannot be accessed by fraudulent or any false actor.

Now, these are the similarities shared by the two protocols. Let’s go through their dissimilarities.

How do TLS/ SSL operate?

Before, any connection is setup between client and user its authentication is ensured.

This step is ensured by the TLS handshake protocol which ensures the authentication of both parties. When this step has been cleared by both the parties then a secure tunnel is formed through which data is transmitted.

After the secure connection is setup two keys are generated which are known as private key and public key.

The Public key, as the name suggest, is an open key and can be accessed by anyone to encrypt the message.

Now, the user usually makes use of this key to encrypt the sensitive message which has to be sent.

Now, the message is encrypted with the help of certain mathematical algorithms that scrambles the plaintext into an unreadable ciphertext.

Now comes the role of private key which is a secret key and is only used by the client to decrypt the message.

This step ensures that the message is only received by the legitimate user and not some fraudulent user.

By now you might have gotten the gist of the story. So, let’s dig a little deeper to know more about its functioning.

Now, the data encryption has been categorized into two types which are:

Therefore, SSL protocol utilizes asymmetric data encryption technique as it is considered more secure because it utilizes two different key which makes it hard to access.

Let’s go through the different types of protocols employed by the SSL protocol.

SSL generally utilizes four types of protocol for secure transmission which are listed below:

Https is a better extension of old http protocol. This protocol differ from its extended version because if the absence of the SSL certificate.

SSL certificate ensures that website is secure to use.

Now, you can get SSL certificate from multiple companies like:

SSL certificate can be issued under three categories which are:

Now, you can obviously choose the type of validation required by you on the basis of the website.

Like domain validation is for website which are not used for large scale commercial purposes  they are quite cheap to get. Plus, it does not require any legitimate verification procedures.

However, organization validation agents run a proper background check on you before issuing you with any certification.

And, its extended version is quite similar but is considered more luxurious bu bridging a more trusted relation between client and the user.

Let’s talk about what is an SSL checker?

SSL checker is a technique which troubleshoots any errors which occur in the installation of the SSL system or SSL certificate. So, whenever you are facing any security related issues you can always run your system through SSL checker.