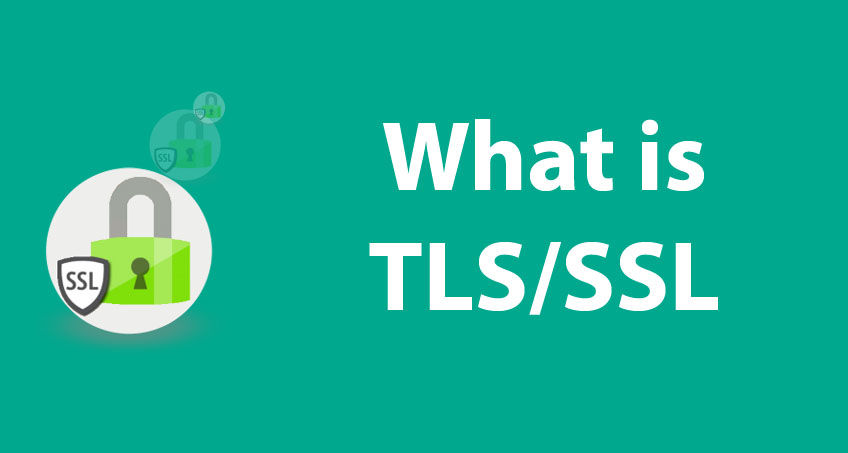 Understanding TLS/SSL by Getting into the Details

Now that we have a basic understanding of what TLS and SSL are let’s get into the details and get to know the varied nuances of these layers. With every passing day TLS and SSL are becoming a necessity; the more you know about it the better for you and your online business. With an intricate understanding of these layers, you will be able to implement them better, take better care and keep them on their level best everytime.

While hosting companies assist with SSL installation and maintenance but the knowledge of varied nuances will only enable you to make better decisions. Let’s go through the everything step by step:

Encryption: Well! Needless to say, but SSL and TLS are all about protecting and transmitting data from one source to another without getting them hacked or accessed by unauthorized personnel. Encryption is how it’s done. Encryption is the process, where all the data are converted into an undecipherable language and then transmitted online.

Only authorized entities can decode these languages and make use of the transmitted data. Encryption has solved a lot of innocuous problems; they have safeguarded data, avoided identity theft and prevented resource theft as well.

Why is encryption important?

For example: If Andrew encrypts a data with a key while sending it to John, Andrew will have to share the same key with John so that he can decrypt the data at his end. If there are more than two entities involved then the same key will be shared with everyone, which is a major drawback.

Why so many people rely on symmetric encryption?

Why is symmetric encryption not the ideal way of encrypting and transmitting data?

In symmetric encryption, the same key used to encrypt data is used to decrypt data, which makes it compulsory to share the key with every shareholder. Sharing key at multitude players can lead to the leak. The leaked key then can be used for the benefits of many.

As the name suggests, Public Key is available with every shareholder while the Private Key relies on the Server. The one on the receiving end of the data will make use of Private Key for decrypting data.

Why is asymmetric encryption so popular among the webmasters?

What are other minor terminologies that make an SSL/TLS work efficiently?

Message Authentication Code: This code is responsible for establishing the authenticity of data and sender. They use tags to check whether the data has been altered or not. If the MAC tag from the sender and MAC Tag from receiver matches then the message is authentic and has not been manipulated.

Block Ciphers: AES, RC5, 3DES and Blowfish are some of the most popular Block Ciphers. In this technique, the entire data is split into a length, which is later encrypted. In case the length of data is small and doesn’t reach the standard length then PADDING is used to fill up the non-filled space.

Padding: The technique used to make Block Ciphers an efficient functioning technique. It is used to fill up the block ciphers if their length is not standard.

SSL and TSL are non-negotiable for businesses today; any business be it small or giant in revenue if it takes online payment needs to have the requisite SSL certificate installed. With the help of these varied types of encryptions, they can ensure their customers that their data is safe and is not accessed by unauthorized personnel.

The understanding of these terminologies and basic nomenclature related to varied terms of SSL and TSL will allow business owners and Webmasters to ask for better services and security. The intricate knowledge will push businesses into a direction where they are able to build a safer communication channel for themselves and their customers from around the world.