What is Web Application Firewall (WAF) & How does it Work? 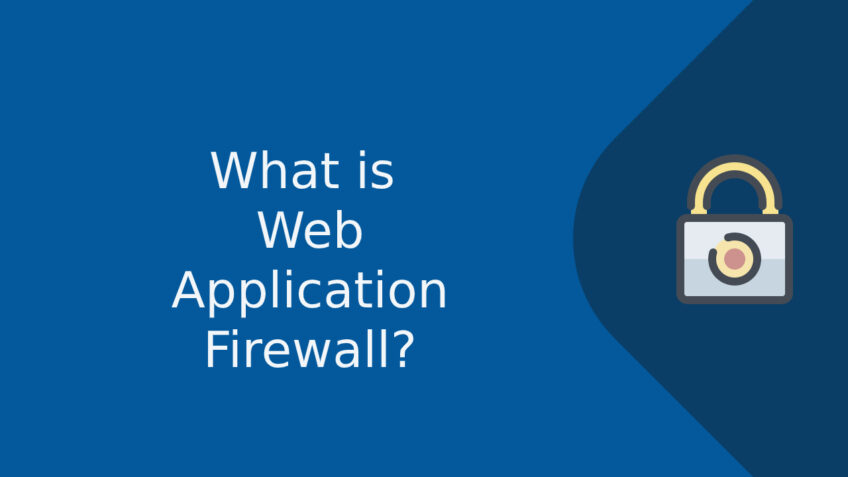 What is Web Application Firewall & How it Works?

What is Web Application Firewall?

The protection to the web application from a variety of hackers, cookie poisoning, SQL injection among others. This leads to breach in apps and this makes it easy for the intruder to grab your data. With the help of WAF, you block the intruder from shooting arrays of attack that aims at the personal data of the user and the system. The clients using the web app includes hackers who want to steal your data. To protect your data from getting steal you should get a network firewall which will help you protect all your data and keep them safe with no intruders attacking the system.

The standard network firewall has security layers of 3-4 protections compared to WAF it has 5-6 layers of security. The typical firewall will do things like IP address hiding, a port for protection, and an access control list. the protection you get from the network firewall is way too valuable which prevents the hackers to stay away from the data you have on the web app. WAF has more security options as compared to standard network and typical network. There can attacks that WAF can dodge are HTTP flood attack, slow loris attack, OWASP Top 10 attack, and many more.

How does WAF work?

It protects the web apps to get filtered, supervise, and breach by any third-party traffic making a trail towards the web apps. This ensures that the data is not being taken by any unauthorized person digitally. It divides the networks through which we can have transparency of the traffic heading towards and verify which network is malicious and which is safe. Protecting web apps from malicious traffic company operates with WAF.

WAF has a different way of operating that is a reverse proxy that acts as a middle man that protect the web apps from potential malicious traffic. It comes in the form of software, delivered as a service or an appliance. A web app can be customized to suit the needs. It keeps on updating day and night so it is mandatory to update the web app software policy regularly to address the new vulnerability, updating new machine learning allows some of the WAFs to update automatically.

The difference between WAF and IPS is:

WAF has an awareness session that tracks down the client activity and grabs information about what the client is doing with the software.

WAF is built to tackle the Top 10 security risks for its clients. Some more mechanisms for the protection of databases such as PBD (Product bot defence), credential protection, and IPI (IP Intelligence). As credential theft and credential attackers are a very big deal today and IPI is a mechanism to track down the IP address of the attacker. WAF gives you the protocol support which IPS is not able to provide. Some of the primary protocols are HTTP, HTTPS, Port80 is being focused on by WAF.

WAF also checks the FTP protocol which is not used by many users but also verifies the request coming through anonymous users. WAF has made terms on the request coming through FTP states that there will be a limit on excessive logins. This term was made for protecting the database from a malicious FTP request. WAF also has an SMTP protocol that validates the outgoing and incoming email, scans viruses on email or any attachments, can also stop email bombing, and also has a feature for limiting the email bombing to limit.

The above clarification shows the difference between IPS and WAF.

It provides similar benefits as the other software based on WAF solutions such as lower cost; scarcity of physical resources that are to be maintained. Until and unless you don’t want to limit yourself from performance capability or at targeting to ignore system. It provides an unlimited hardware pool with competent setup support.

It is a compartment for different web servers. It is cheaper as compared to hardware based WAFs that are for small web applications. The software WAFs are created in a simplistic manner such that they can integrate with popular web servers. Also, be alert that there are web server attacks that tackle the WAF security system and get inside the like a small ant that switches off small functions.

Network-based firewalls are hardware based and provide latency reduction benefits because of local installation. Therefore, the NWAF installations are done in the nearby area where it is to access.

From the past years, we have understood that providing high security to prevent any kind of breach in web apps. WAF is a configured layer for business owners, a vendor who can create a digital signature. Instead of using the software that can expose the confidential data, which is vulnerable, WAF grants the permission of creating custom protection, owners signature attached with a specific application. It helps the company to achieve powerful protection for the web application without making any changes to the functionalities, without being in a hurry for updating.

Using the 40-year-old software in the present situation would be troublesome for the user. The company must cope up with the present software program. WAF ensures the protection for the process of cutting down the loopholes.

The cloud-based WAF with its changes combine with comparatively low costs brings you many benefits over a network or host-based WAF.