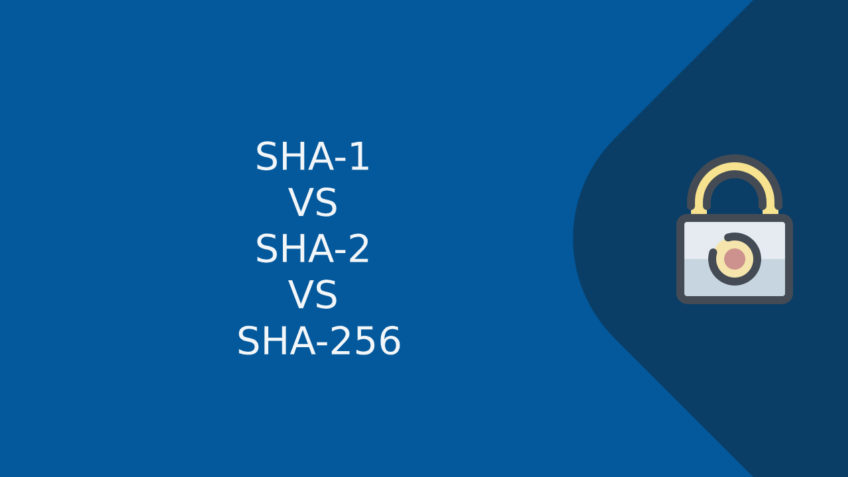 WHAT IS HASH ALGORITHM?

SHA-1 is a part of Cryptography. SHA-1 stands for Secure Hash Algorithm 1. SHA-1 was first published in 1995. The designer of SHA-1 is the National Security Agency, United States. It is a hash cryptography function. The function of SHA-1 is taking input values and producing a 160-bit hash value. This is known as a message digest. Since 2005 SHA-1 is not considered for security purposes.

SHA-1 stop professionally in 2011. SHA-1 is used while entering a password on the login page of any website. This is the method of securing the information on your website. You will not be able to see the working of the SHA-1 but it will work in background and secures your password details.

– SHA-1 is used in data integrity. It is used to identify that the data is changed or not because of accidental corruption.

SHA-2 stands for Secure Hash Algorithm 2. This was first published in 2001. SHA-2 is developed by the National Security Agency (NSA). SHA-2 is the group of the cryptographic hash algorithm. SHA-2 includes 6 different functions. This is developed in the replacement of SHA-1. Some of the applications like TLS, SSL, PGP, SSH, etc., using SHA-2. This provides better security and protection than SHA-1.

You need to reissue the certificate for updating SHA-2 in your system. SHA-2 consists of different size hashes such as 224-, 256-, 384-, and 512-bit. The structures of different sizes of a hash are almost similar. SHA-224 and SHA-384 is the smaller version of SHA-256 and SHA-512. FIPS (Federal Information Processing Standard) is used to generate the initial values. US patent consists of SHA-2 under them. In the present time, it is the best security and encryption system.

SHA-256 comes under the SHA-2 hash algorithm. SHA-256 was the successor of SHA-1 and now it is the part of SHA-2. It is a digitalize signature for the data set which secures and encrypts the information and data. The algorithm symbols should be perfectly written. Even if one symbol is changed the whole value of the hash algorithm is changed. This will save the original form of data. This is one of the strongest hash function algorithms until now.

– First step is to develop padding the message. We need to specify the padded message comes from the system.

– Second step is to write the message in blocks.

– Third step is the initiation of hash values.

As we have discussed above SHA-1 was established by the US government. It is MD5 in nature. In this, the message will be in 160-bit of the hash value. It shows a 40-digit long message. But currently, SHA-1 stops working due to security reasons. Since 2005 people do not belive in the security of SHA-1.

SHA-2 replaced SHA-1 which is also developed by the US government. SHA-2 is basically a family algorithm. It consists of 6 different hash functions. The hash values in SHA-2 are different that is 224, 256, 384 and 512.