What is SSL offloading? How Does SSL Offloading Work? 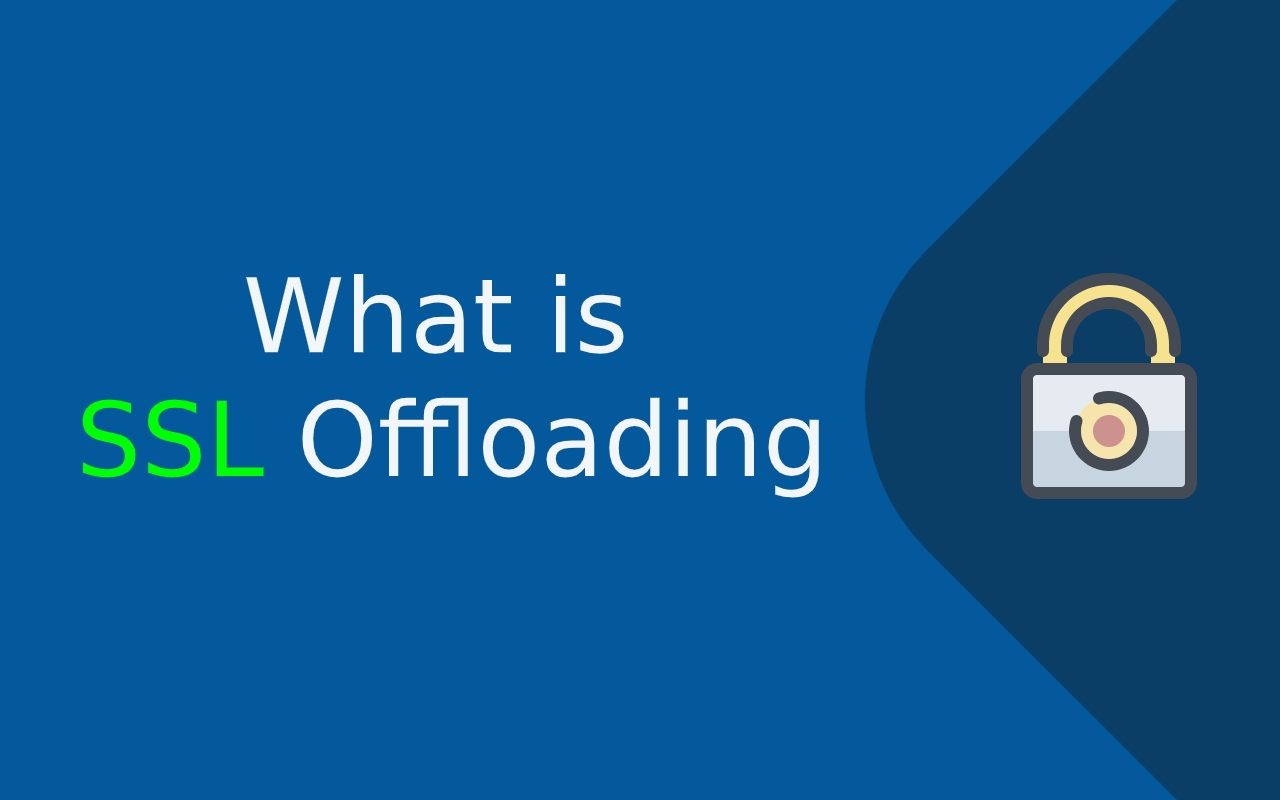 What is SSL Offloading and how does it work??

SSL (Secure Sockets Layer) certificates are given to a website to make sure that the website is secured and won’t fall prey to malicious hackers. Since this process involves loading the web-server with a lot of load, the process of SSL offloading is done to remove the SSL-based encryption from the incoming traffic to make the web-server a bit relieved from decrypting the incoming traffic.

This process is to be designed specifically for the acceleration of SSL known as SSL acceleration. The SSL offloading device processes both encryption and decryption, both of which make the web-server slow.

Any action which occurs has both pros and cons, in this case of SSL offloading we have both advantages as well as disadvantages.

Every web browser is compatible with the security protocol of SSL, hence making SSL traffic very common. The SSL offloading is done so that the work of encryption is shifted from the web-server to avoid traffic there. This process can even include a completely separate machine or different processing devices that could be installed on the same machine. Hence it is designed to perform SSL acceleration and SSL termination.

There two different ways in which SSL Offloading can be done, they being –

The SSL termination refers to the process that occurs at the server end of the SSL (Secure Sockets Layer) connection i.e. the place where the data traffic gets encrypted from an unencrypted form. The data which comes first is sent to a device that encrypts the decrypted information, if the information comes in an encrypted form then the information is forwarded without any processing to the web-server. This is the quickest and efficient offloading.

SSL bridging is also known as SSL initiation and is the task performed by a device at the edge of any network i.e. it first decrypts the SSL traffic and then re-encrypts and sends it to the web-server and even works vice-versa.

Bridging is very important as it helps in knowing whether the SSL encrypted data is secure or not. There are mainly three types of SSL bridging – HTTPS to HTTPs, HTTPS to HTTP, and HTTP to HTTPS. (HTTP – Hyper Text Transfer Protocol)

Having a couple of advantages makes the SSL offloading attractive for various websites. One of the main benefits being that the web-server no longer has to process the SSL decryption and encryption and hence can relocate the resources which were used for these towards other important and common problems like phishing and hacking.

Since the web-server does not have to decrypt and encrypt information the resources are free and hence help increase the speed of the website, thereby making the website more efficient towards the demands of the users without the addition of extra servers and thereby is very economical and cost-saving.

Along with some very beneficial advantages, SSL Offloading also has some serious disadvantages. The main risk involved with the SSL Offloading is that the data transferred is done in the form of an unencrypted format while moving from an off-loader to a web-server.

Though this process is mostly considered to be safe due to the internal involvement of the system which is protected by Firewalls, if the firewall’s location is on the edge of the network then it carries with it a high risk as the unencrypted data can be easily compromised.

If any of the clients who are connected to the web-server via SSL will undoubtedly believe that the data will travel through an encrypted form throughout its journey to the server as they may lack technical knowledge regarding SSL Offloading.

If there is a breach of data while its transit from the SSL off-loader to the web-server, the client can even legally sue the enterprise if the confidentiality or the sensitivity of the data is compromised.

Hence Offloading has both pros and cons but definitely depends on how we use or exploit them without compromising sensitive data.