SMS Spoofing: What is It and How to Be Secured? 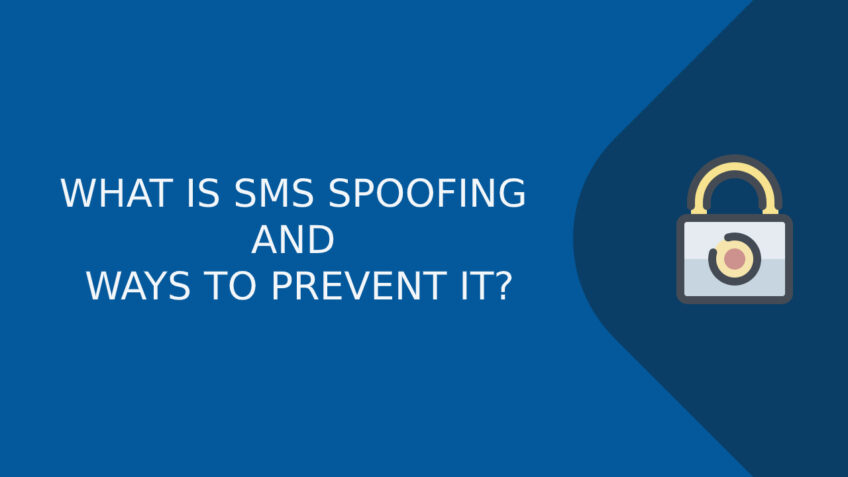 WHAT IS SMS SPOOFING AND WAYS TO PREVENT IT?

The roots of the SMS spoofing are of earlier centuries but it becomes a problem which can be seen in the 21st century. The technique that allows changing the information of the sender on text sent via the short message service (SMS) system is referred to as SMS spoofing. SMS are typically known as text messages and are used by cell phones, personal digital assistants, and devices similar to them. The sender ID or the originating mobile number is replaced with the alphanumeric text while sending a spoof text. In simple words, the display number of the sender is allowing to change by SMS spoofing.

Smishing is referred to as the people associate SMS spoofing with another technique. Some people believe that they can be the same. SMS spoofing and Smishing are both related to phishing but however, both have some differences. The short form of SMS phishing is Smishing. It is a security attack that the user tricked for downloading a Trojan horse, virus, or other malware through a text message. On the other side, as we have discussed, SMS spoofing makes a look at the message of it come from another system or device.

Both of them are entirely different. Many people use both of them frequently that is why it’s a confusion between them both are the same. Users can easily get fooled by SMS spoofing and smishing.

How does SMS spoofing work?

As we have discussed till now that SMS spoofing allows anyone to send SMS impersonating another entity. In this name of the sender, phone number, or both can be changed. This is not very hard to execute. There are some of the SMS spoofing attack vender tool in the social engineering tool kit like in BactTrack and Kali Linux versions. You just need to take this tool and send a text message to someone who is using the identity of whatever phone number/ sender name it is.

Online service is a more straightforward way of executing SMS spoofing. There are lots of businesses that are offering SMS spoofing services on the internet. These are very user-friendly platforms and anyone can send spoofed messages with basic computer knowledge. The steps you want to take pay some money, add the name that you want to display and send the SMS to the people you want to send.

Although SMS spoofing is referred to as technology it has also become a trick that is used by marketers, hackers, and fraudsters which can mislead users with fake displayed sender information.

Everyone at some point an SMS that pretends to be from a well-known company but in the end, it turns out to be a fake message. For you, this will be considered as SMS spoofing. There are various marketers and fraudsters that send SMSs and pretend to be a well-known company. For example – a fraud person can change the sender’s name to Airtel and tell you that the contract renewable is due to this date and get renew it now. All people will not believe this but the ones whose contract is about to expire may likely to believe this and respond the message and that’s exactly scammers want.

SMS spoofing helps one the power so that they can create your identity. It can be used against a person to carry out any personal agenda. This can be referred to as a prank, stalking, tricking, or abusing.

By seeing what action of fraudsters and scammers users can take immediate actions. For example – one can receive an SMS that is supposed to be from an e-wallet service saying which includes that your account will be disabled within 24 hours, and if you will not submit all the documents then you will lose all your money. The link will directly take you to the website for login.

SMS spoofing is the name that looks like a trick that can fraud innocent people. There are some of the advantages of SMS spoofing as well as it is referred to as technology for tracking fraud people.