How to Encrypt Email on Outlook, Gmail, iOS, & Android 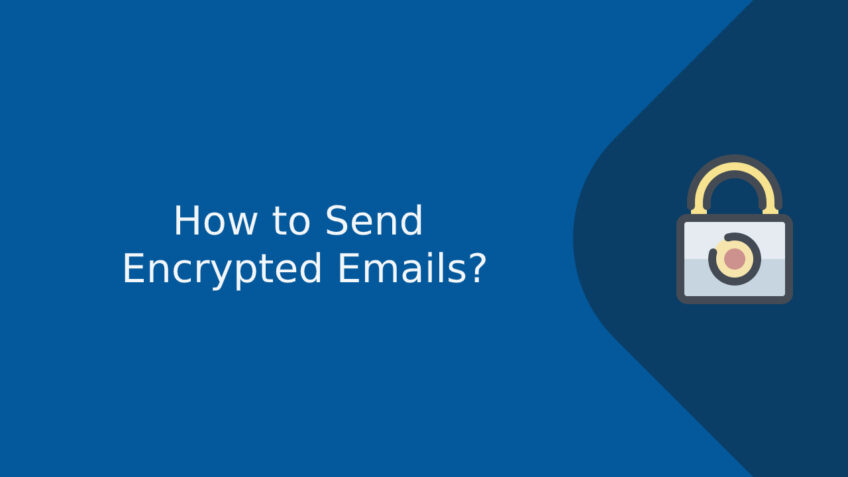 How to Send Encrypted Email on Outlook, Gmail, iOS, & Android

With the rise of the internet, our world started growing a lot faster, a lot bigger. The Internet made everything easier to be it sending some files to your colleague through email or asking help from your friend who is living far away from you.

But as Uncle Ben said to our favorite Spiderman, “With great powers comes great responsibility”. Everyone should use the internet responsibly. But it is not the case. Some people use information and messages we send to others for their advantages.

Emails are the most common way of communication between different organizations and between people. There were millions of emails sent and received. Although we don’t know how many of them are encrypted.

So if you are wondering how to encrypt your emails read the article carefully and you will thank me later.

So encryption is a technique used to convert the plain text or a simple text into some hidden text.

So encrypting emails means converting whatever that you are sending to the other person a data, a text or images into something which is not recognizable by simply looking at it or reading it.

Therefore if another person gets hold of this information he won’t be able to identify or specify what is in the data.

There are two types of encryption techniques uses to encrypt emails.

In this technique, there is a centralized authority that stores your keys.

This technique already installed in the software which is provided by big companies such as Gmail, Outlook, iOS.

In this technique, there is a decentralized authority.

You can create your key with this technique.

We have to use a third party system to use this technique.

It is generally used in an Android-based system.

Both of these techniques two key methods. In which sender has the public key which is available in the public domain and the receiver has the private which is stored somewhere in his system. So to decrypt the data sent by the private sender key is necessary.

Now let’s see how we can encrypt our emails.

To encrypt your email in Outlook you need to have the Microsoft 365 subscription.

– First, you need to configure the S/MIME certificate with the Outlook account.

– Then follow this procedure to encrypt your emails in Outlook.

– In Outlook you can encrypt every email you send or can encrypt only those which you think are important.

– But it is good practice to encrypt all of your emails if you have the encryption enable with you.

As we discuss earlier Google uses s/mime encryption for their Gmail.

– To encrypt the email in Gmail we first have to enable the s/mime encryption for both sender and receiver also.

– But here is the catch you cannot use your normal Gmail account to enable the encryption.

– To enable this encryption in Gmail you have to first login with the G-Suite account. Then you can just follow the following procedure given by Google to encrypt your email.

Encrypting emails in the iOS

– Products having iOS are considered more secure than any other operating system as Apple puts some extra work and effort to make the transmission of data through their phones secure and private.

– To encrypt emails in iOS systems you don’t need to configure S/MIME certificate as it comes in-built with them.

– While sending the message you just have to select ‘Encrypt by Default’.

– So when you send any emails to others just click on the lock icon you see next to the recipient’s name after clicking it shows that a new message is encrypted and you are good to go.

Android system does not come with built-in encryption for emails.

– We have to use third-party applications to enables encryption for sending emails.

– To encrypt the emails in android devices we have to follow extra setup and requirement given by these third-party applications.

– In the android system, we have to trust the third-party application to protect our emails with encryption.

Again you must be thinking Ok. We get these methods.

But why do we need to encrypt our emails? Isn’t our email service providers encrypt email for us?

Yes. They do. But the thing is people who are experts in exploiting backdoors in those systems may steal or grab the emails during the transmission. And that’s why additional security is required.

According to a report, there were 2.5 billion accounts hacked in the year 2018 alone.

So while you complete reading this article there may be another thousand accounts hacked by hackers.