What is time-stamping? And how does it work? 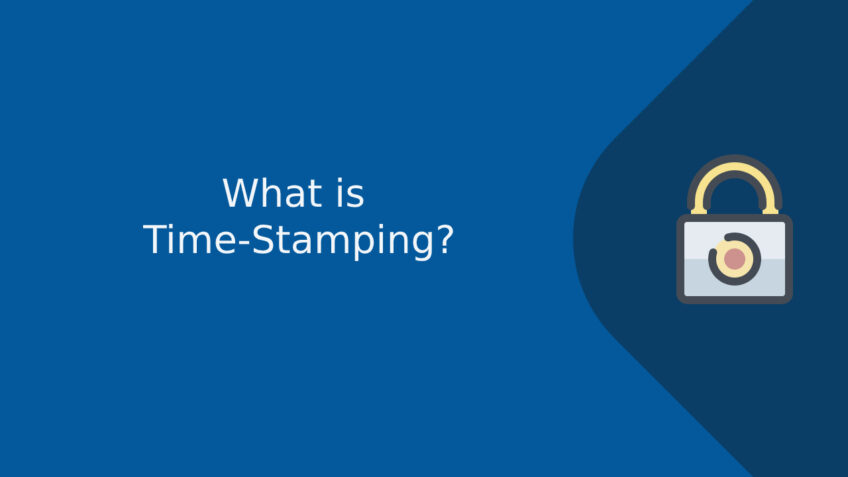 What is time-stamping? And how does it work?

In our world time consider the most important thing. Even more important than money. And why not as they say, “If you have time you can gain and recover from anything”.

Every aspect of our life is bound with the time and devices around us are no exception. You must be wondering why I am talking about all such things? The reason is to understand the concept of timestamping you should know why it is necessary.

Now let’s get to our main topic of discussion here.

How do you know the birthdate of your is really yours. Simple, because you have a piece of the document called birth certificate which was created on the date and time when you were born.

It is a way of declaring a particular event that happens at that time.

Because of time stamping the history we know exists and is known to us. If there were no time stamping how can we able to when we got our independence from British rule, or when Columbus discovered America.

What is time-stamping in digital devices?

As the word itself suggest time stamping is the process of putting a timestamp on digital event or document.

Digital time-stamping is always used method while any process happens digitally. Wherever you send a message to your friends via any software or when you purchase any goods through the internet the process imprints with a timestamp.

But the next day you get the email from your boss again saying he/she did not receive the details and because of that there was a delay in the further process.

How does time-stamping work on digital devices?

So the process is pretty simple. When any document gets produce in your system that document is stamped with the timestamp by the system itself. The document takes the systems time.

For example, if you click photo through your DSLR camera the photo is a timestamp with the camera’s time.

Now you must be thinking if the document takes the system’s time how can we trust that stamp?

The question is right if the document uses the system’s time then it can easily be tempered or if there is a malfunction in the system then the stamp cannot be accurate.

And this is where trusted time-stamping comes to play.

Here we have to keep one thing in mind time stamp which put by the devices use their system’s time which means if the sytem has time zone of India it is going to put a time stamp on your device accourding to standard time and date of that country/region.

What has trusted time stamping? And how it is different?

In trusted time-stamping, there is a central authority called Time Stamping authority which puts the time stamp on the document.

Here the stamp is put in such a way that not even the titleholder of the document can make the changes in the stamp.

Time-Stamping Authority is Third Party Authority which means it can never be biased towards anyone party doing the deal.

The document which needs to time stamps first converted into a hash value using the hashing algorithm.

Hashing is an encryption technique in which any data gets converted into encoded value using an algorithm.

In this way, the size of the document gets reduce and the document becomes nearly impossible to retrieves into its original form if gets hack or stole while transmission through the middle man.

After it is converted into hash values the value gets sends to Time-Stamping Authority.

When Time Stamping Authority receives the hash value it adds the timestamps to it in this way timestamps get attached to document.

But a question arises here is when we send s the data to TSA can they able to the data? If they do how can data privacy of the owner maintain?

So here first when the document is sent to the TSA it in form of hash value so no one can know what it is.

So the answer is yes data privacy of the owner is maintained.

Now how can somebody verify if the document is not temper?

For that, we have to do the opposite process of the above. First, we have to take the hash value the owner gave us which is given to him/her by Time Stamping Authority then we can match that hash value with hash value TSA have after it is been decrypted by its private key. If both of them match then the data is not temper.

Now you must be thinking if time stamps govern by TSA or Time Stamping Authority who decide what process should TSA follows to give time stamps, right?

So there is a protocol every TSA follows called RFC 3161 which decides how the process of time stamping should undergo.

Digital Time stamping is a very necessary process that determines the integrity of data. When many important deals are going between two companies or two people which involves the transfer of sensitive data including NDA agreements time stamping is used to keep data of both parties secure.

In general time stamping is used to keep track of data and how it is been transferred. By doing this we are sure that our data is not been temper with.