What is SSL Inspection? Why use SSL inspection? 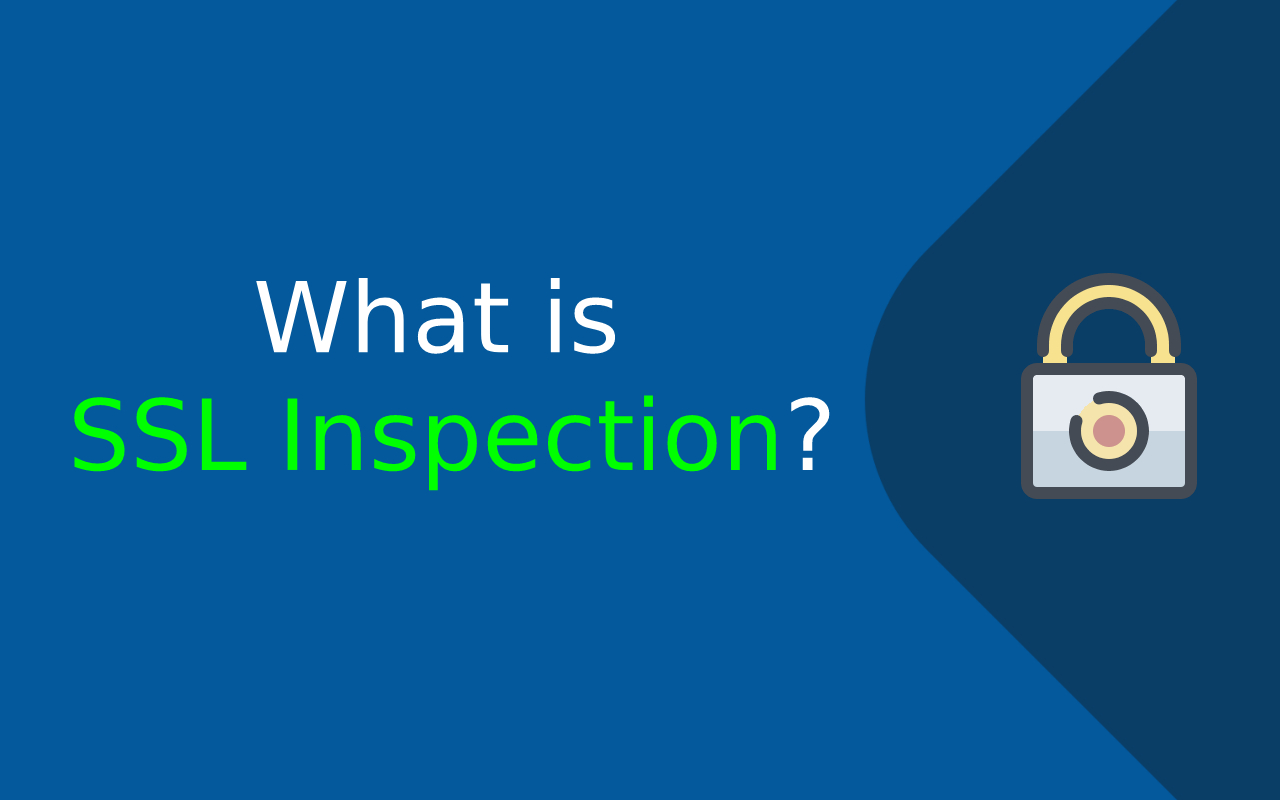 What is SSL Inspection? Why use SSL inspection?

We know that SSL encryption helps our crucial data safe. Every bit of data is encrypted, such that data tampering or 3rd party intervention is not possible. However, that is not the case now. SSL can now be used to hide several Malware (Malicious Software), that goes unnoticed when SSL tries to detect it.

So, how does this SSL Inspection remove the malware?

Once the scanning is done, then it forms another SSL connection with the client. So, the data is sent to the client via encryption.

Here’s an overview of SSL Inspection:

In 2015, there was an incident involving Lenovo PC which was shipped with a preinstalled image advertisement optimizer and it was developed by Superfish. Superfish is a form of adware that can hijack an encrypted Web sessions and open a system up to potential HTTPS man-in-the-middle (MiTM) attacks, which implies that ads will be there in encrypted files.

Now, this allows a 3rd party to intervene and eavesdrop or modify the HTTPS secure communication and the amazing thing is that there will be no browser warning to the user. This mistake was made public and the Windows released an update for Windows Defender, which removed Superfish.

However, this was not the 1st time that the Superfish software was installed. Mozilla Firefox, Apple and Microsoft Windows also expressed their concerns that Superfish was installed on their computers.

PrivDog is marketed as a solution to protect users against malicious advertising without completely blocking ads. To replace ads on websites protected with HTTPS, PrivDog installs itself-generated root certificate on the system and then runs as a man-in-the-middle proxy.

When users access the secured HTTPS sites, PrivDog hijacks their connections and replaces the legitimate certificates of those sites with new ones, signed by their own, with the locally installed root certificate.

Since the root certificate installed by PrivDog on computers is trusted by browsers, all certificates that chain back to it will also be trusted. This means, the users will think that they’re securely speaking to the websites they accessed, while in the background, PrivDog will decrypt and manipulate their traffic.

This approach used by PrivDog is called Man-in-the-Middle. Not a bad approach by PrivDog, though.

The only difference between PrivDog and Superfish is that Superfish’s mistake was that they used the same certificates across all deployments. But, what PrivDog did was, they copied the self- signed certificate of the user, sign it with their own trusted root certificate thus forcing the browser to accept it.

But, PrivDog’s mistake was that they didn’t validate their certificates. Soon PrivDog was caught and their methods were exposed to the public. However, it was noted that there was nothing wrong with Comodo. PrivDog had ties with Comodo, their security vendor.

Difference between HTTP and HTTPS