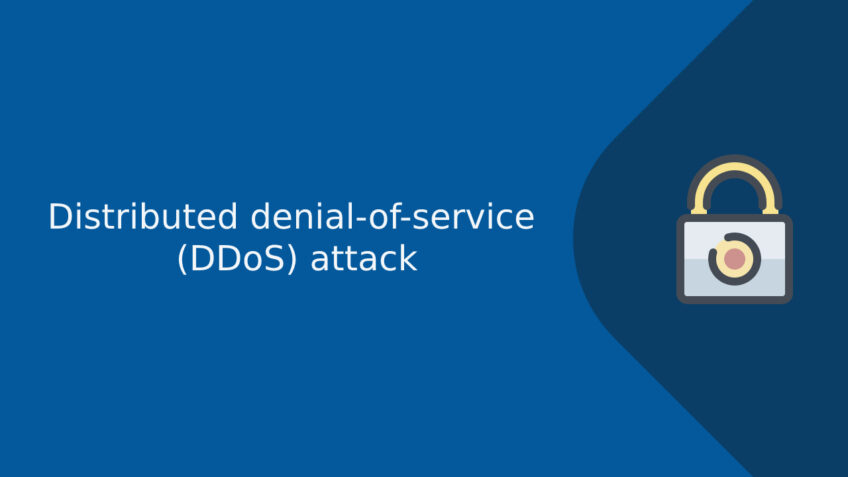 What is a DDoS Attack & How Does it Work?

Cybersecurity is a very vast and varied, encompassing data theft techniques such as phishing, spoofing, and distributed denial of service (DDoS). Being face with such type of attack causes the company to recollect the pieces that have torn apart and the businesses need such people who understand the risk faced and to get a solution for it.

It is a type of attack that sends a recurring request to the online resource and forcing them to stop operating. This attack takes place by using several computers and pasting heavy pressure or often by using “zombie” machines they have bought from the malware. The DDoS attack works because only the web server can handle a bunch of traffic at any given time. But a limit it stops the access for the new traffic.

A modern company will have its important services online which may lead to DDoS attacks but it’s easy to see how the DDoS attack will make major harm to the business. The attacks can lead to shutting down of the business, taking down the web page or making it crash, and many more damages that are notable.

How does DDoS work?

It processes by the way of testing the web page, server, and resource by sending back-to-back malicious traffic for the web page to crash. Sometimes the attacker only attacks with a short burst of the malicious request such as a search bar. The attack of DDoS can only be possible by way of devices called a botnet. They consist of compromised loT, websites, and desktop.

According to CSO (Central Statistical Office), a DDoS attack can be explained with a small example wherein October 2016, the Mirai botnet a compromised swam of the internet of things (IoT) devices, was succumbed to send a request to an internet service providers server. The internet servers sent 400000 requests which led to a crash of infrastructure, twitter, amazon, Spotify, and many more. The prevention of user to access the website becomes slow, increase bounce rate, resulting in financial losses and performance issues.

The damage caused by the cybercriminal attacks is not only connected with the size of the botnet but also tied up with bogus request senders. The types are as follows: –

Such type of attacks is procedural attacks that aim at infrastructural behind the networks. These attacks take place in a way of packets of information rather than in the raw bits. They are measure in packet per second.

The main reason for these attacks is to target web servers like windows IIS, apache, etc. Before application platforms like WordPress, Joomla, Drupal, and others. The main objective of the attack is to crash the application or a website. They are smaller attackers as compared to the types we saw above. They are not so notable unless and until it is late to react. This is another reason why they are also called “low and slow attacks”.

For instance, digital ocean or AWS can easily handle 100000 to 200000 packets per second but if the website running of WordPress, Joomla, Drupal can barely break under 500 HTTP requests per second without shutting down. This objective of application layer attack can cause as much damage as a network application attack.

Difference between DoS and DDoS

The DoS and DDoS are more than similar to each other. DoS stands for Denial of Service and Distributed Denial of Service. The major difference is its scale. DoS attacks happen with only a single source whereas DDoS uses multiple sources for making the attack harmful. DoS attacks on the lower end of the spectrum and DDoS attacks on the higher end of the spectrum. Digital security firms Norton states that DoS attacks have come to exist since 1974 when a 13-year-old shut down a computer remotely. Thus, it has a 50-year history doesn’t mean that every IT professional should become a complacent DoS attacker.

According to Norton, he noted that DDoS attacks are defined by using multiple parts of the hardware to create illegal network activity that results in system failure. When the attack of DDoS takes place, it damages a hundred and thousands of computers system.

What happens during a DDoS attack?

It increases website traffic and vanishes the server resources. When the attack is implemented on the website, it loses crucial things that affect the performance or crash the server such as CPU, stored data, or the whole network. These days attackers mostly prefer using botnet for attacking websites which include internet security cameras, smart TVs, refrigerators, and household appliances. It bogs down all the business activity that requires a network for working. It locates the total malicious junk traffic, that has an aim of attack, overwhelms the server and bandwidth.

How to prevent the DDoS attack?

– Secrecy should be maintained about the resolver and the protector

– Verify it to be secured as possible against poisoning

– Mitigate the risk of DDoS attack.

– Don’t get caught by known vulnerabilities

– Use a hidden master name server

– Use a hard end operating system.