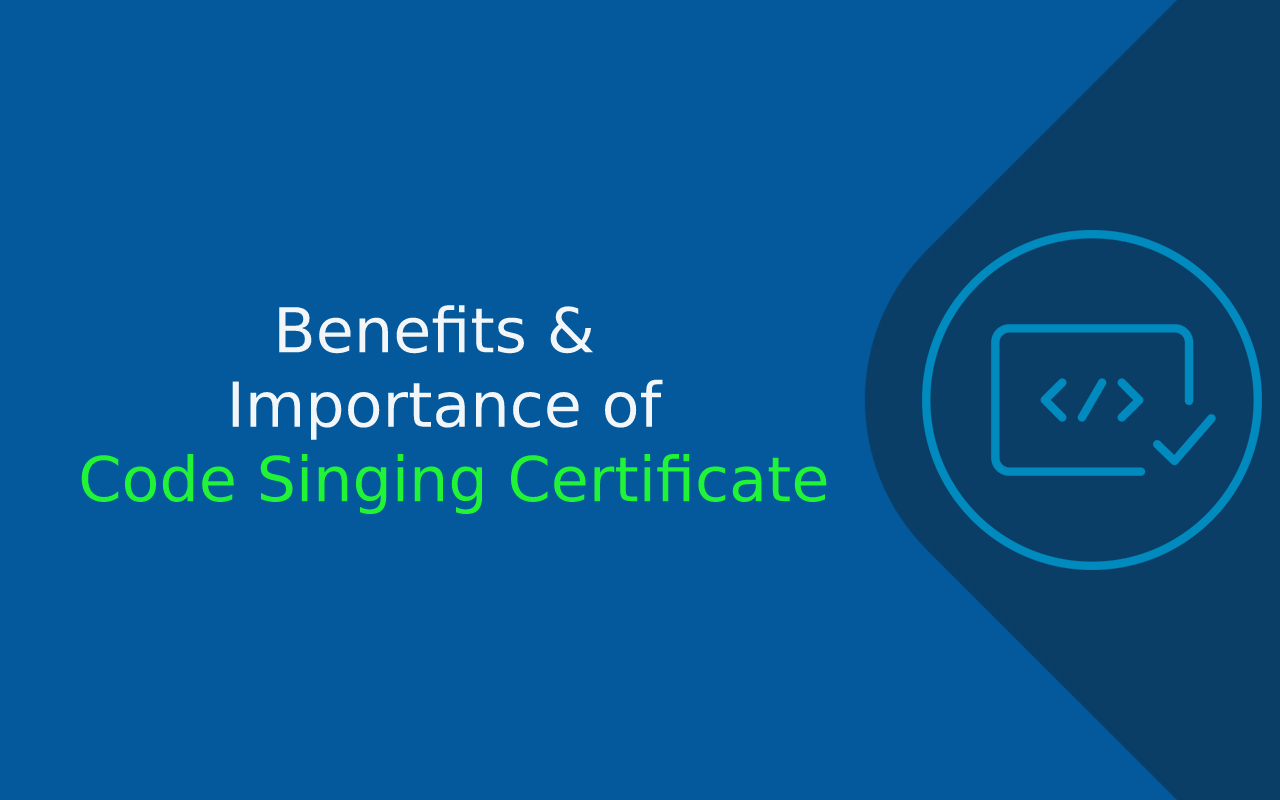 Code signing certificate is the process of signing digitally executable scripts to confirm the originality of the script. It ensures that the code has not been altered or corrupted since it was signed.

It provides an advanced layer of security. It offers a digital signing security which allows all the software executioners to sign their executable scripts and code to authenticate their identification over the internet.

It indicates to the user that the software is genuine, verified by a certificate authority.

Now,  for something as important as certification of your software you need to sign an authority which is trusted.

All the above mentioned authorities provide legitimate validation to your software and they can work on platforms like:

1. Trust and confidence: It ensures the user that the data which is being downloaded is from trusted source. It is protected from any hacker who is trying to get access to your computer’s information.

2. Identification of original software publisher: Well,  with every software with its own code signing certificate has a digital certificate which provides the mechanism to verify the identity of the original author of the software. Which make the process a whole lot more reliable

4. Enhances reputation: It shows your customers that your content is safe to download. Thus,  it hikes up your reputation in the market.

How does code signing certificate works?

Now,  we have all gone through the benefits and the importance of code signing certificate. But it’s important to understand how it actually works.

A software designer usually secures his software using a cryptographic hash. For which he/ she follows a procedure which is:

Now,  when a user is downloading the software how does he verify the identity of the publisher?

Well, from the user end when he downloads any software he compare the two hash code. The procedure which follows this process is:

If the two hash failed to matches then it indicates that the software has tampered from the last time it was signed.

It is a way to check the authenticity of any software. It creates a unique digital fingerprint of the data which is known as digest or some hash.

It is an algorithm based method which when run run over a software produced a value known as checksum.

Now,  this checksum are often used to compare the software to check on the authenticity. If the checksum  value failed to match it clear I donated that the program has been tampered or altered.

So,  I would suggest all the newbies software designer to be on the safe side and always issue a code signing certificate for your website which not only increases your reputation in the market but also boost your revenues.